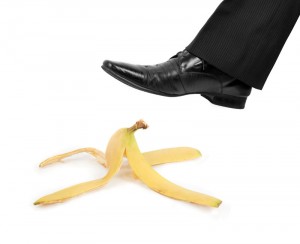 Starting a business isn’t easy, but proper research in the early planning stages can either make or break your business. Although many entrepreneurs know this, there are some very common errors in the way they go about “researching” the feasibility of their concept.

Mistake #1: You ask friends, family, co-workers, people you already know if they like your concept and/or if they would buy the product/service. FYI – of course they’re going to say it’s a good idea, so don’t waste your time.

Mistake #2: Being afraid to share the idea. Many have the fear that their idea will be stolen, so instead of talking about it they’ll do all the work and planning while keeping it secret. The truth is someone else probably has the idea too, be careful and cautious (don’t talk to venture capitalists about it if you’re not looking for funding), but the majority of people are not in any position to “steal” your idea anyway. Starting a business takes a lot of work!

Mistake #3: You ask if people would buy something and take their responses as real data (“would you buy” requires NO commitment and people will often answer yes even though they really wouldn’t). Instead ask hard questions about what their “pain” has been with this particular subject, or what they would love to see in relation to this particular industry.

Mistake #4: Listening too much to the nay-sayers. We’re not all entrepreneurs, and non-entrepreneurs will often talk about the risk involved and try to dissuade. This doesn’t mean ignoring data, but it is important to tune out fear-mongering risk-averse pessimism.

Mistake #5: Unrealistic evaluation of the costs involved in a business. What may seem like a good idea, can quickly become a money pit when costs are evaluated realistically. Look up the NAICS code for your industry and go nuts on google. You’ll find loads of information, from pricing, to industry trends, to margins, etc.