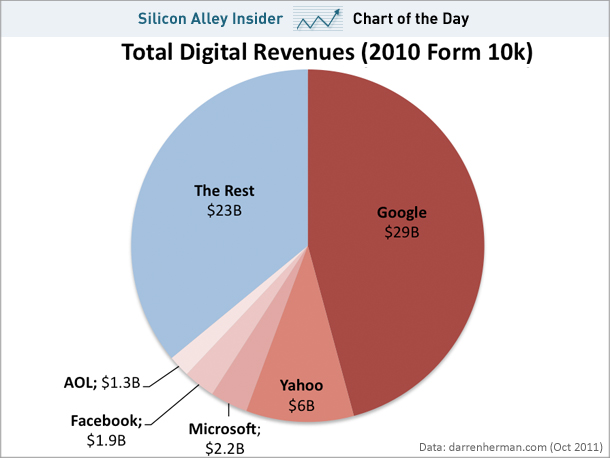 5 Companies Control 64% of All Online Spending

Google’s dominance is clear, but it will be interesting to see 2011, 2012, 2013, as some of the other social media outlets begin jumping into the digital ad game. Still, it’s this kind of hold that leads me to believe Google+ will eventually become a force to be reckoned with.

And I wonder where twitter would stand if we counted all the individual sums paid to celebs for their tweets as a lump total??

And Business Insider’s at:
http://www.businessinsider.com/chart-of-the-day-these-five-companies-control-64-of-all-online-ad-spending-2011-10