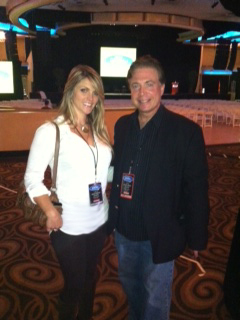 Social: The NOW Media – CBS Radio and KNX 1070 NEWSRADIO
Great event put on by CBS/KNX discussing the constantly changing media landscape, and Frank Mottek who was an excellent host!
A few of the interesting points (some are mine, some were taken from the twitter convo #knxsoc):
• Best advice from Hooman Radfar for biz leaders on creating social media strategy “start with the end in mind”
•”Google Plus is more of a threat to Twitter than Facebook”
• Closely monitor your social media and you can fix potential customer service disasters in real time
• a new era is coming into play – (since 2006) “people began to trust each other more than they trusted institutions”
• “Be an ambassador for your topic, not for you.”
• Bold statement from President of CBS Interactive, Jim Lanzone, “every small business should be developing an app!” Would love to discuss that one more!
http://www.cbsLA.com/socialmedia